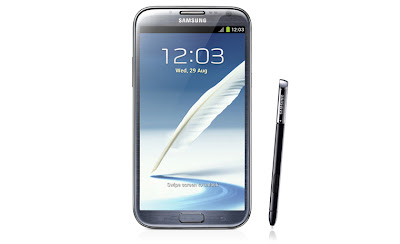 Galaxy Note 2 SmartPhone (or phablet as these larger Samsung SmartPhones are called) is really BIG! It is BIG on everything – whether it is screen size, processor, software, functionality support, or sheer performance. The 5.5-inch Super AMOLED capacitive display screen with Gorilla Glass 2 protection looks regal and is perfectly complimented by the hyper-glazed plastic exterior (similar to the Galaxy S3), which lends a classy touch. Note II is 0.3mm slimmer than its predecessor, Galaxy Note. The Note 2 phablet weighs just 183gms, which is a surprise, given the endless features and functionality it houses. 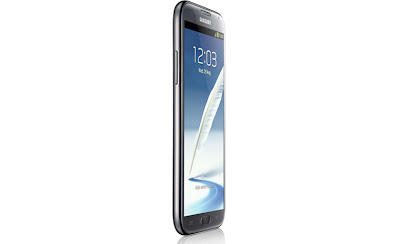 Talking of features and functionality, Note II brings along many tricks and experience-enhancing features in addition to the usual SmartPhone capabilities. Easy to use, these features are best accessed by the smart, sleek stylus pen, the S Pen. The Note 2 is powered by the very powerful chipset-processor combo of Exynos 4412 Quad chipset and Quad-core 1.6 GHz Cortex-A9 CPU. It also has Mali-400 GPU (graphics) and runs on the latest and most advanced offering from the Android platform, the Jellybean v4.1 OS, thus ensuring that everything one does on the phone happens in a swift motion; right from moving the screens, browsing through windows to running high-end applications. Plus, the TouchWiz UI (user-interface) ensures that the screen responds to the slightest touch. 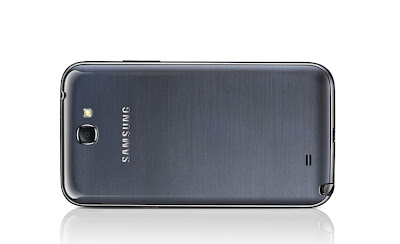 Samsung Galaxy Note 2 has 2GB RAM and a microSD card slot for external memory support of up to 64GB. Just like the Samsung Galaxy S3, the Galaxy Note 2 features 8MP primary camera with autofocus and LED flash, placed on the backside of the phone. The primary camera supports simultaneous recording of images and HD videos. Other camera features like image stabilization, touch focus, geo-tagging, face and smile detection are also supported by this phone. It also has a 1.9MP secondary camera for video calling.

Galaxy Note 2 also features some of the advanced technology when it comes to internet access and related features. It makes use of micro-SIM and has 4G capability with support for GPRS/EDGE, providing us with awesome browsing and downloading experience (of course, it will also depend on your service provider). It also gives us superior Wi-Fi functionality (802.11a/b/g/n) and supports Wi-Fi Direct and Wi-Fi Hotspot functionality. Other notable features include Bluetooth v4.0 (with A2DP, LE, EDR), microUSB v2.0 with USB Host feature, HTML5 browser, stereo FM radio, all kinds of motion sensors and plenty more. 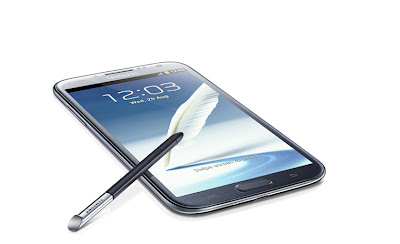 Samsung Galaxy Note 2 has many special tricks, features, and apps with the WOW element. One of them is SMART Rotation, which keeps a track of our eyes and rotates the screen as per the movement of our eyes. Then there is the split screen interface – a feature that has been highly publicized in ads. Another cool feature is the ‘screen recording’ feature that records whatever is happening on the screen along with audio commentary. All one has to do is to press and hold the Home and Volume Up buttons to activate this feature.


All-in-all, Samsung Galaxy Note 2 gives us a peek into the future of computing. I feel it is the best SmartPhone at present irrespective of the fact that some people might not be comfortable with its large size.
at March 14, 2013 No comments: