Well, it took a long time in coming but I guess, the delay has not been bad – after all I get to talk about some new, awesome business apps from the iOS App Store…so here I go (as promised) – following are the Top 5 iOS Business Apps for this year so far…

Microsoft Office 365 – Your Office in Your Pocket! 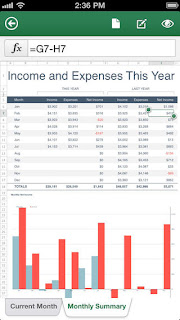 Microsoft made big news when it launched Microsoft Office 365 for the iOS platform, thereby lending enhanced capability to the iPhone users. The version of the app available for the iOS device users is similar to the one which has been available to the Windows device users and now to the android phone/tablet users. Now, even iPhone users can easily read, edit & create documents (Word, Excel, PowerPoint) without worrying about doc formats!
(A note: the android version of the app has just been launched!) 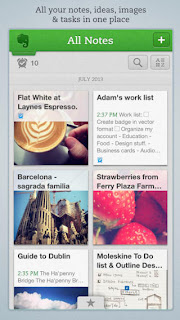 For me, Evernote makes the grade as one of the top iOS apps as well. Like I mentioned in my post on top Android apps, Evernote is immensely popular not only as a business app but also as a consumer app because of its simple note-making capabilities. This note-making mobile app has also managed to keep up with changing times with timely updates (so far), ensuring that new features are added as needed. The latest, updated version (version 5.0) came up with plenty of new features. Some of the prominent features in the updated Evernote iPhone mobile app are:

Multi-shot camera mode – it allows users to shoot multiple images with their phone camera and then save all of them to a single note.

Sync support – it allows users to use the same Evernote account across different device/platforms.

Page Camera function – a special feature that lets you use your SmartPhone like a scanner. 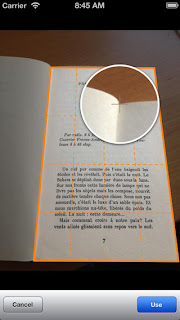 The way it functions is pretty simple – you don’t have to do more than use the app, Genius Scan; it does the rest. Genius Scan features a highly advanced scanner technology that allows it to easily scan documents via smart page detection, to do perspective corrections, to do image post processing and you can also create PDF documents with multiple scans! This iOS-based app for iPhones & iPads lets you easily scan documents and mail them through your phone itself. You can send the scanned documents across either as a JPEG image or a PDF document.

Wanna download the app or simply want to know more? Here is the link: https://itunes.apple.com/in/app/genius-scan-pdf-scanner/id377672876?mt=8

Dragon Dictation – You Say It, Your Phone Will Type It! 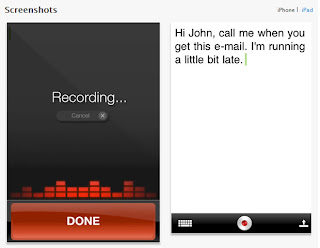 Taking mobility to the next level, Dragon Dictation mobile application turns every word that you speak into text, which means now no more actually typing messages or writing emails on your phone, you just have to say it and the phone will do the rest!

Well, voice recognition applications aren’t really new to us but this cool app has simply taken it to the next level; like I said before. Created by Nuance Communications, this amazing app is a dedicated iOS mobile app and turns your iPhone, iPad, and other iOS powered mobile devices into a handsfree typing machine. Adding more power, this app can type 5x times faster than your keyboard. Plus, it features support for many languages from around the world. It works not only for your messages or emails but also for your blog posts and posts to social media sites like Facebook, Twitter, etc.

Trip It – An Amazing Trip Planner! 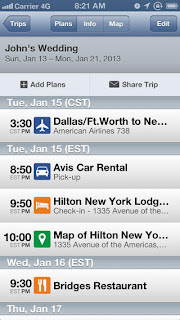 Another amazing mobile app that makes the cut on both – Android & iOS; Trip It is deservingly the favorite travel related app for seasoned business users, new entrepreneurs & top executives.
Simple, easy-to-use interface and the capability to sync all your travel details make this mobile app extremely useful for people who travel frequently for work. Trip It mobile app comes equipped with various features that lets it plan your business travel schedule with precision. This iOS mobile application supports more than a thousand booking sites and provides a one-stop solution for scheduling and managing travel. You can access maps, reservations, flight details and more. It can sync your calendar with your travel entries and allows you to share your trip plans with office, family and friends.

So that’s for the top 5 business apps of 2013 (until this time) on iOS platform!

It is exciting times for the digital world, especially for handheld devices, which are the focus of all major digital innovations. Applications being the main driving force behind these innovations, we can safely say that our mobile devices; be it a sleek smartphone or a swanky tablet; will be gaining more power, more capabilities in the coming days. And, we will be happier for it! J

I love the way you write and share your niche! Very interesting and different! Keep it coming!
sell used ipads

Impartial and unbiased blog, making it pleasurable for the audience to read.
local american business

It feels awe-inspiring to read such informative and distinctive articles on your websites.OMC sterndrive parts

Pretty good post. I just stumbled upon your blog and wanted to say that I have really enjoyed reading your blog posts. Any way I'll be subscribing to your feed and I hope you post again soon. Big thanks for the useful info. control parental android

Awesome post. Thank you so much.
ios app Devlopment company in chennai

Very informative post! There is a lot of information here that can help any business get started with a successful social networking campaign. wm casino

Wow! Such an amazing and helpful post this is. I really really love it. It's so good and so awesome. I am just amazed. I hope that you continue to do your work like this in the future also CTFO

Wow! Such an amazing and helpful post this is. I really really love it. It's so good and so awesome. I am just amazed. I hope that you continue to do your work like this in the future also CTFO CBD

This is an awesome motivating article.I am practically satisfied with your great work.You put truly extremely supportive data. Keep it up. Continue blogging. Hoping to perusing your next post epicsports ipad app

thanks for the tips and information..i really appreciate it.. sell your phone online in South Africa

We have sell some products of different custom boxes.it is very useful and very low price please visits this site thanks and please share this post with your friends. pubg mobile hile